Recent Posts
“VENOM PRISON have captured the hearts and minds of many fans of extreme music since bursting onto the scene in 2015.” – Metal Hammer UK
“Nothing shy of absolutely destructive in the best way.” – Revolver
#4 on Kerrang!’s list of “The 50 Greatest Death Metal Bands Right Now”
(South Wales, U.K. – December 10, 2020) – UK extremists VENOM PRISON announces the signing to their new label home, Century Media Records, today.
“We are proud to announce that VENOM PRISON has signed with Century Media Records for a worldwide deal. This deal marks the beginning of a new chapter for VENOM PRISON and we are honoured to call Century Media our home, which we look forward sharing with some of the most iconic artists in heavy metal, as well many of our talented friends,” states VENOM PRISON, who are busily writing their third full-length LP.
Photo by Andy Ford
VENOM PRISON has carved an uncompromising space for themselves over the course of two full-length albums, Animus (2016) and Samsara (2019). The band’s 2020 release, Primeval, reinvigorated their earlier EP’s with new recordings and offers a preview of the shape of brutality to come with two newly written tracks. What began as an explosive collaboration between Russian-born vocalist Larissa Stupar and guitarist Ash Gray has exploded into a force to be reckoned with. With the line-up rounded out by guitarist Ben Thomas, bassist Mike Jefferies and drummer Joe Bills, they are as vitriolic and outspoken lyrically as they are musically.
“VENOM PRISON is an important band in every sense of the word,” says Century Media A&R Mike Gitter. “They are a wakeup call with songs that are not just musically brutal, but dig into issues that challenge our day-to-day existence. Gender issues. Cultural and political oppression. They’re relevant in ways that so many bands fall short of. VENOM PRISON is the band we need now more than ever.”
Philipp Schulte, Director Century Media Records, adds, “With VENOM PRISON one of the finest British bands of recent years joins the ranks of Century Media Records. VENOM PRISON’s vision marks an overdue turning point in the sort of musical and lyrical complacency that has long plagued the worldwide metal scene. This is not your older brother’s feel-good metal. This is extreme music with a compelling message, and it perfectly fits to what Century Media as a label will always stand for: Establishing bands and artists who are willing to make a difference and take a stand. VENOM PRISON is a trailblazing band for what metal can and will be in the upcoming decade. Welcome to Century Media Records!”
It’s not surprising that VENOM PRISON’s wage of intensities has reverberated with a wide array of fans and fellow musicians. They’ve toured with the likes of Trivium, made a scorched earth North American debut on the Summer Slaughter tour and were handpicked by Parkway Drive to open their Covid-cancelled 2020 European tour. For the five band members, this is only the beginning. “We have been writing new material relentlessly for the last 12 months,” says VENOM PRISON. “We’re pleased to finally be back in the studio.”
VENOM PRISON have pushed back their headlining tour with support from Creeping Death and Leeched to October 2021. For more information on the upcoming tour and to purchase tickets, visit the band’s website HERE. 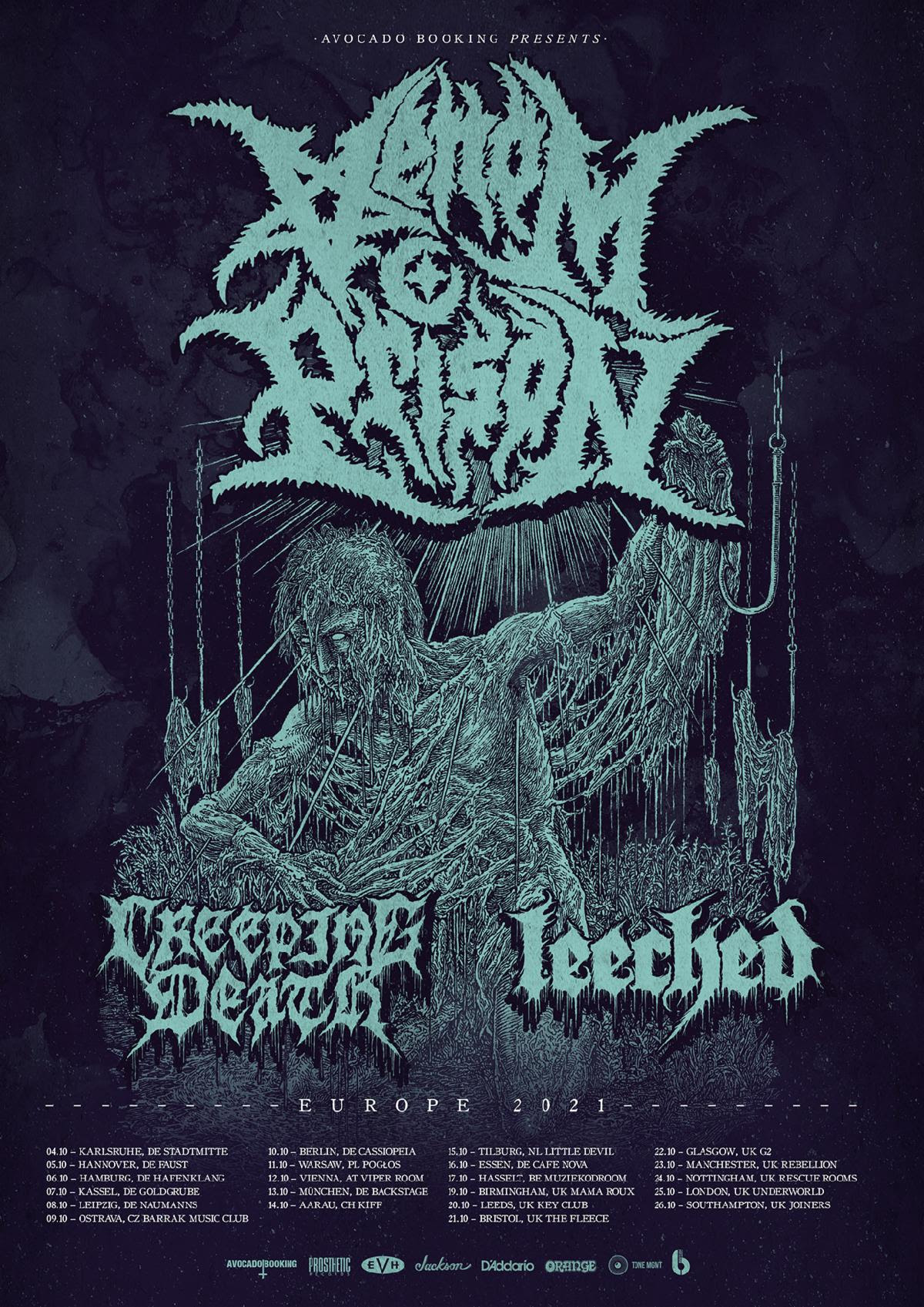 UK’s VENOM PRISON have just unleashed “Judges Of The Underworld”, the first song and video from their upcoming album, Erebos, out worldwide on February 4th, 2022. The song is available now on all DSPs. Fans can watch the video […]