Led By Strong Singles
“Flare Of Defiance” & “Crux”
Placing In Top 30 At Active Rock Radio
As The Band Surpasses 1.3 Million Streams On Spotify
Livestream Release Party Set For June 19 At 6 PM PT
Purchase Vitruvian At www.veiomusic.com
Tomorrow, June 19, Portland, Oregon’s progressive alt metal act Veio release their bold new album Vitruvian through Silent Majority Group. Led by strong singles “Flare Of Defiance” that broke the Top 30 at Active Rock Radio and “Crux” released in late May, anticipation for the album has helped the band recently amass more than 1.3 million streams on Spotify, 1 million video views and has led Vitruvian to be the #2 most added album on the Metal Contraband charts as well as the #3 most added Loud Rock album at college rock radio.
See the music video for “Flare of Defiance”: https://www.youtube.com/watch?v=6F4Kq6TKGT8
See the music video for “Crux”: https://www.youtube.com/watch?v=R7BitCrQ85k
“This album is our introduction to the masses and we put a lot of time into perfecting it the way we wanted it,” says bassist/backing vocalist Kris Lewis. “This new album is a step forward for us in experimentation with synth programming, lyrical complexity and songwriting in general, and we are thrilled to share it with the world.”
To celebrate, the band will be hosting a special livestream release party tomorrow night, June 19, at 6 pm PT on their Facebook page at https://www.facebook.com/Veiomusic/.
Vitruvian is inspired by the name of a famous sketch from Leonardo da Vinci in 1490, and the band has conceptualized and translated the artist’s legendary “proportions of man” into a sonic interpretation on the album by giving each song a theme, emotion and proportion of its own.
Vitruvian was recorded over a year-and-a-half with Stephan Hawkes (Chelsea Grin, Attila, I Declare War) at Interlace Audio in Portland, with additional production by Sylvia Massy (Tool, System of a Down) who has called Veio “the loudest band” she ever recorded. To her point, the cops were called as the band tracked drum parts.
Sonic Perspectives says of the album, “Blending together elements of progressive metal and alternative rock, Veio proves that modern anthems can also shoulder impressive levels of complexity in their depths. Bright even during its heaviest moments Vitruvian is a serene reprieve that fearlessly gazes upon a more beautiful world.”
Veio also recently debuted acoustic versions of “Flare Of Defiance” and “Ascendancy” during the inaugural Mayhem Unplugged Festival, an online streaming event sponsored by Music Mayhem Magazine. See the tracks here (at the 1:03:30 mark): https://www.facebook.com/MusicMayhemMagazine/videos/3828216583916704/
Vitruvian is available in CD, vinyl and bundle packages at www.veiomusic.com
Vitruvian track listing:
Vitruvian follows Veio’s 2017 debut album Infinite Light/Desperate Shadows and tours with the likes of Seether, Tremonti, Starset, The Veer Union, Skyharbor and RED. Veio is part of the notable Silent Majority Group that has managed the careers of Creed, Saving Abel, Paramore, Candlebox, Sevendust, Tantric, Framing Hanley and Brother Sundance. SMG is a music company made up of Silent Majority Recordings, a global and fully functioning record label currently promoted and distributed by Warner Music Group/ADA, and JHMP, a full-service artist management company. 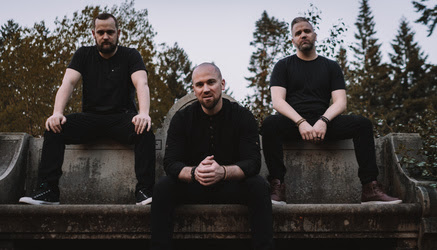 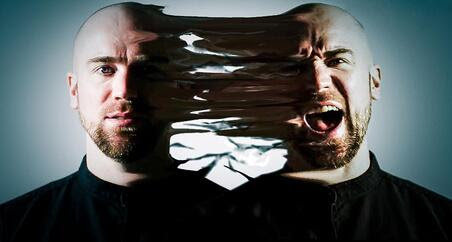 Portland OR-based Veio is a relatively new metal band with a bright future. They are releasing their second full-length album on June 19, 2020, called Vitruvian. Veio released the first single “Flare Of Defiance” back […]

Portland based Heavy Alternative Rock band VEIO has released the official music video for their newest single, “Janus.” The single was produced by Stephan Hawkes (Chelsea Grin, Attila, I Declare War) at Interlace Audio in […]