Recent Posts
Following the release of their brand-new album Rad Wings of Destiny, Ugly Kid Joe have announced they are hitting the road for their first U.S. tour in 27 years!

“America’s Least Wanted are coming home!” commented UKJ frontman Whitfield Crane. “It’s been a long time coming, but we are stoked to be touring the U.S. again. Let the radness begin!”

The band will be heading out on the road in May and June in support of their newest offering, Rad Wings of Destiny, released last October via Metalville Records. Special guests on the tour will FOZZY along with opening act Pistols at Dawn. Full list of dates as well as poster art are as follows: 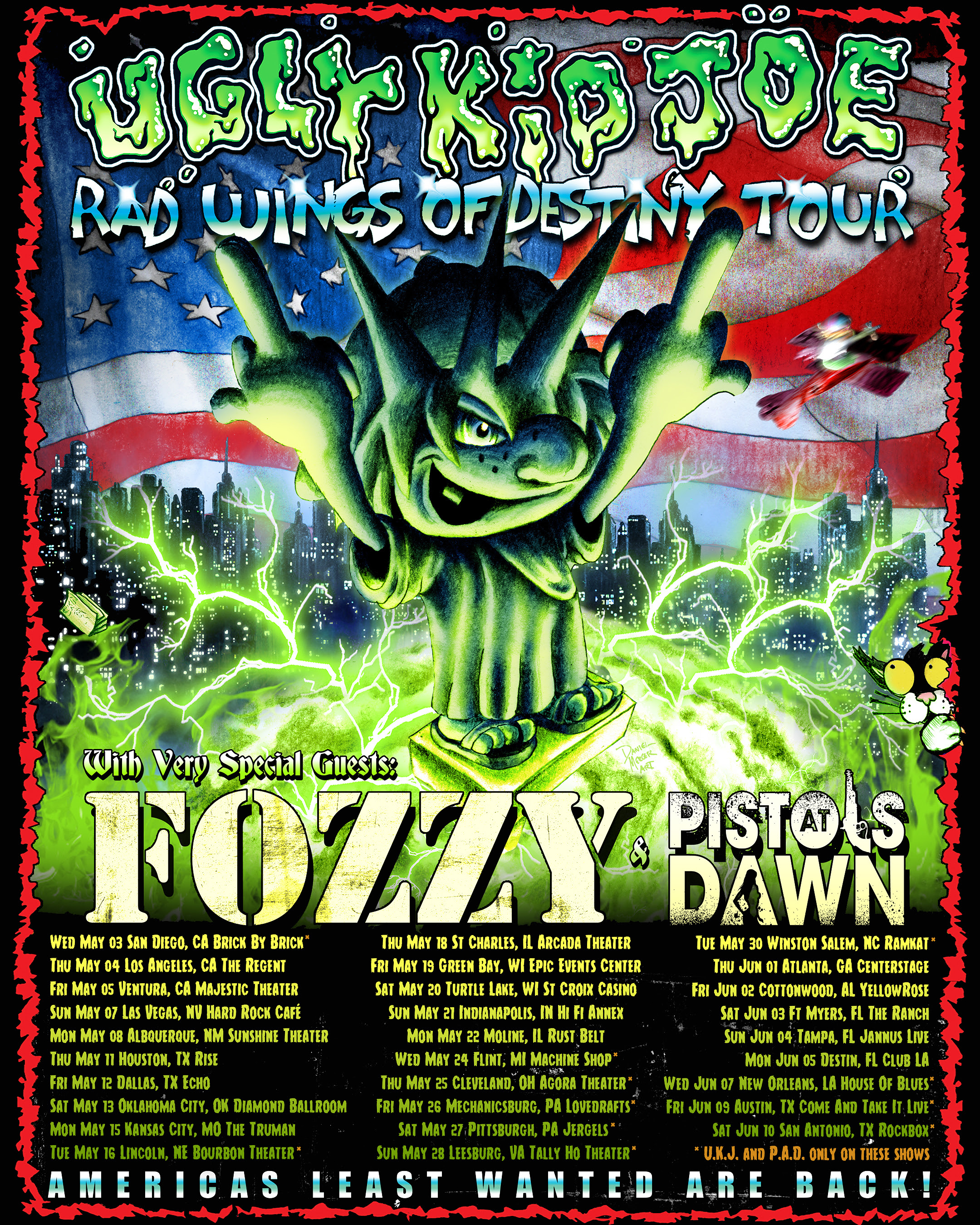 Tickets and further information from www.uglykidjoe.net

About UGLY KID JOE
Ugly Kid Joe are an American rock band formed in Isla Vista, California in 1989. They rose to prominence with their debut EP, As Ugly As They Wanna Be, in 1991, which became the first EP to ever go double platinum. Their multi-platinum debut album, America’s Least Wanted, followed in 1992, which featured hits including “Cats In The Cradle,” “Neighbor,” and “Everything About You.”
After splitting up in 1997, the band re-formed in 2011, releasing the Stairway to Hell EP in 2012 and the album Uglier Than They Used Ta Be in 2015. The band released their most recent album, Rad Wings of Destiny, in October 2022. The album saw the band reunite with legendary producer Mark Dodson (Infectious Grooves, Suicidal Tendencies, Judas Priest) – who was behind the desk for Ugly Kid Joe‘s multi-platinum release America’s Least Wanted, which has just celebrated its 30th anniversary. The 10-track album includes the singles “That Ain’t Livin’,” “Kill the Pain,” “Failure,” and “Dead Friends Play.”

Ugly Kid Joe are back! With Rad Wings Of Destiny – set for international release on October 21st via Metalville Records – the Californians release their first studio album in seven years! For the new […]