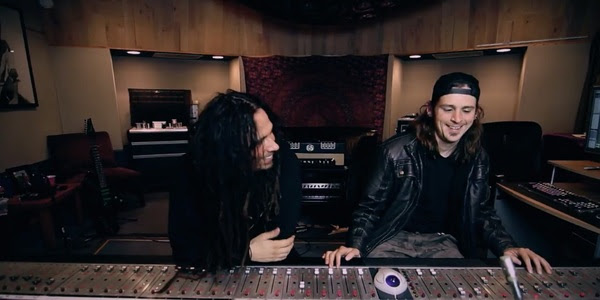 Southern California hard rockers The Mendenhall Experiment have partnered with Metal Hammer to world premiere the brand-new music video for their blistering single “Prosthetic.” See it HERE.
The moving new video also features James “Munky” Schaffer from the iconic Grammy-Award winning hard rock band Korn, including one of his rare guitar solos, and goes behind the scenes of the career-changing recording session with Munky and The Mendenhall Experiment’s founder and guitarist Brandon Mendenhall that ultimately produced the material for “Prosthetic.” Included on the band’s self-titled EP, the song’s biographical lyrics offer a strong message for disability awareness and encourage pursuing dreams in the face of obstacles.
As Mendenhall told Metal Hammer, “Working alongside my hero, James ‘Munky’ Shaffer from Korn, to create ‘Prosthetic’ was a dream come true. It was also one of the scariest ‘sink or swim’ moments of my career, and in the end, I feel like it is a testament to how far I’ve come as a musician. It was also great working as a band with our vocalist Mario Valadez to craft a lyrical landscape that not only tells the story of my journey, but also makes ‘Prosthetic’ an anthem against discrimination. Reminding us all that no matter what divisions in life we may face, we are not alone and we’ll get through them together.”
Munky has also said of working with Mendenhall, “[He] is a big inspiration, not only for myself but it should be for lots of people that not only want to get into music, but that want to follow their dreams in anything.”
The “Prosthetic” studio session is also famously chronicled in the award-winning feature documentary Mind Over Matter (directed by French filmmaker Sébastien Paquet) that tells the inspirational story of the life of Mendenhall and his journey to becoming a respected professional musician.
Born with Cerebral Palsy, an incurable neurological condition that affects movement, coordination and balance, the diagnosis could have greatly limited Mendenhall’s life, but he had other plans. Growing up as a rabid rock fan, he fantasized about one day being a rock star himself, touring the world and playing headlining stages that would take him far away from the bullies and stigmas that became a part of his daily existence.
Mendenhall (once named Trailblazer of the Year at the United Cerebral Palsy Los Angeles Art of Care) worked strenuously to rehabilitate his paralyzed playing hand, found a unique mentorship with Munky and the members of KORN and eventually formed his eponymous 5-piece band that has shared the stage with the likes of Suicide Silence, John 5, P.O.D., Prong, Smile Empty Soul and Fear Factory. The band released their debut eponymous EP in May 2017 on Lucent/Universal and is currently working on the follow-up full-length, Against All Odds, that will be released in 2021.
Mind Over Matter is now streaming FREE worldwide on Amazon Prime Video. Upon its release in 2019 through Sumerian Films, it won a multitude of awards from DOC LA to the Breaking Down Barriers film festival in Moscow, Russia.
National and international media has had unanimous praise for the band and the documentary, saying:
“Stories like this make you feel honored to be a metal fan.” – Kerrang
“A lot of parents of kids with cerebral palsy think in terms of ‘won’t be able to,’ but Mendenhall exemplifies what can be done.” – Los Angeles Times
“A great uplifting story of overcoming the odds due to the power of metal. You will love it too.” – Jose Mangin, Sirius XM
“They have my highest recommendation if you want to see a band with a heart and soul who’s got the skills to deliver as well.” – Metal Assault 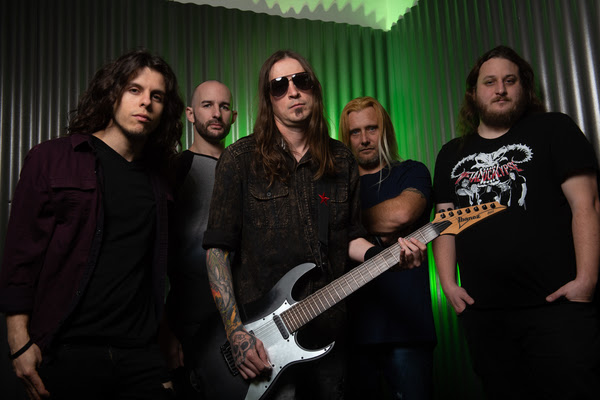