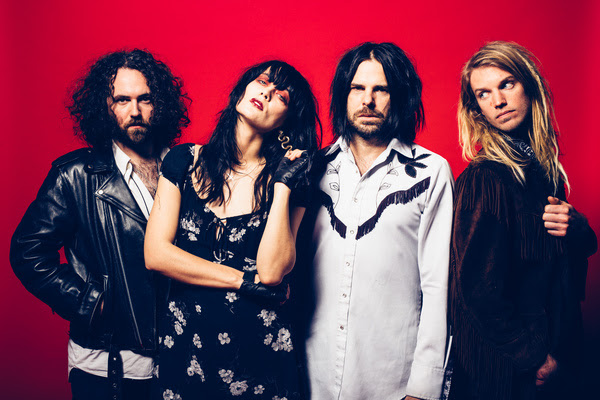 Photo by Rob Blackham
In the past few months, Saint Agnes has taken the UK by storm. The fiery four-piece hailing from England has received acclaim from major publications, hailed as part of the new generation that “keep rock’s flame burning” (Classic Rock), and with many comparing their gritty garage rock, incredible showmanship and tough-as-nails attitude with The Kills, Jack White, Starcrawler and Rival Sons.
“Emerging act Saint Agnes, who are a Tarantino-via-White-Stripes-style of Western rock band, have dropped the ferocious ‘Welcome to Silvertown,’ which should have you feeling awake and ready to take on the weekend.” —The Independent
“Saint Agnes deliver menacing witchery. Warped, weird and a bit filthy, yes, but oh so tasty.” — Classic Rock Magazine
“Saint Agnes kick out the jams with a fervour and sense of purpose that’s genuinely refreshing.” — The Quietus
“Saint Agnes have created a unique cinematic sound and a rock ‘n’ roll Gothic image to match.”  — Daily Telegraph
Co-fronted by enthralling frontwoman Kitty Austen (vocals/guitar/keys) and guitarist/vocalist Jon Tufnell, backed up by bassist Ben Chernett and drummer Andy Head, the band’s magnetic chemistry and catchy songwriting are making their mark in the U.S. in 2019. This month, Saint Agnes’ brand-new single “Welcome To Silvertown” has been given a good deal of attention by Spotify, with the streaming platform exclusively premiering the band’s vertical video for the song on the “All New Rock” and “New Noise” channels, as well as Apple who added the song to the “Breaking Hard Rock” playlist. The full-cut video also premieres on Gigwisetoday. In addition, on Friday, March 15, the blues rock-inspired track will be featured as one of three new songs on the weekly “Test Drive” on SiriusXM’s Octane.
Listen to “Welcome To Silvertown” here. 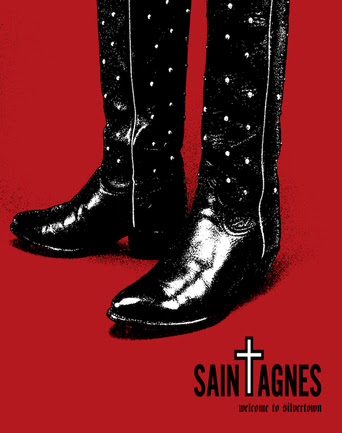