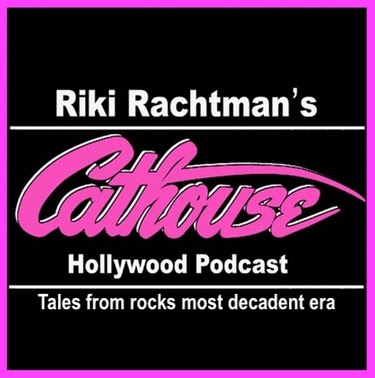 With even dirtier stories than “The Dirt,” the new Cathouse Hollywood Podcast, hosted by Riki Rachtman, presents all true first-hand accounts of never-before-told stories about some of the biggest names in rock. The infamous Los Angeles club was at the center of rock music’s glory days and was started by Rachtman (who would go on to become the host of MTV’s “Headbangers Ball”) and his roommate, Faster Pussycat frontman Taime Downe.
But what happened at the Cathouse stayed at the Cathouse—until now. In this brand-new podcast series, Rachtman, along with special guests, share the untold stories of rock’s most decadent era as told not by journalists or authors, but by the people that were there.
From 1986-1992, the Cathouse was at the epicenter of the Hollywood rock scene as some of the biggest bands played unannounced shows at the club. But it wasn’t the performances by GNR, Motorhead, Alice Cooper, Pearl Jam, Faster Pussycat, Black Crowes and so many more that put Cathouse on the map. It was the sleaze and debauchery, the raunch and roll that gave it a reputation as a haven for the reckless and raucous activities that went on inside after the bands stopped playing.
Initially started by Rachtman and Downe as a way to get free drinks and meet girls, the duo enforced a strict no camera rule so anything could and did happen. From the Crue to Alice Cooper, the infamous activities at the Cathouse have been immortalized in song and profiled in stories from Newsweek to Rolling Stone, where it was regarded as part of an underground scene where even celebrities like Johnny Depp and Robert Downey, Jr. hung out.
With bi-weekly episodes (released every other Tuesday), written, produced, hosted and edited by Rachtman, the unforgettable, never-before-told stories are a trip through pop culture’s decadent tales of sex, drugs and rock ‘n’ roll featuring characters from Guns N’ Roses, Motley Crue, David Bowie, Sex Pistols and more. With special guests ranging from multiplatinum-selling artists to the coat check attendants and waitresses, each episode shows how everyone that came through the Cathouse was a rock star.
“Initially the show was set up to tell stories from incidents that happened at the Cathouse, but the stories have reached further than the club to focus more on the unbelievable tales of that era told not by reporters or journalists but the people that were there—mostly musicians,” says Rachtman, who has started to host episodes in front of live audiences. “The truth is there have been some stories told on the show that have never been told that paint the picture of one of the greatest eras of rock music, like going to Nikki Sixx’s house the day after he was pronounced dead. I have the story of Axl Rose chasing David Bowie down the street after the Starman kept wanting to get on the stage, and the one time The Black Crowes paid to play the Cathouse, plus details on how the feud between Vince Neil and Axl Rose started.” 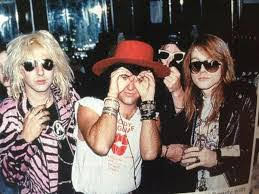 Here’s a rundown of the episodes so far, available on iTunes:
https://podcasts.apple.com/us/podcast/riki-rachtmans-cathouse-hollywood-podcast/id1448178672
Episode 1: The story of the only band to ever pay to play the Cathouse.
Episode 2: How it all started—the tale of one drunken night in a hotel room with a B movie about a jailbreak that inspired the Cathouse. Special guests include Taime Downe, Keith Cooper and Trina Ortegon.
Episode 3: The story of the great rivalry of Axl Rose & Vince Neil that began at the Cathouse plus rare audio of the night Vince sang with GNR at the club. Riki also pays a visit to The Hollywood Tropicana where the club’s ‘Broad Squad’ hailed from and whose club costumes would spawn a style called ‘Cathouse chic’.
Episode 4: Megadeth’s Dave Ellefson talks about the night the band played the Cathouse and the truth about the feud between him and Riki.
Episode 5: A look at the time before ’86 as Riki goes to his first punk rock show in ‘79 with a friend that started a fashion empire. Riki’s high school friend Keith talks about how the two promoted shows at clubs before they could even drink and the heavy metal album that changed everything.
Episode 6: This one’s all about Motley Crue and their role in the Cathouse, plus the time Riki DJ’ed Tommy Lee and Heather Locklear’s wedding.
Bonus Episode: Riki and Gilby Clarke review Netflix’s “The Dirt” 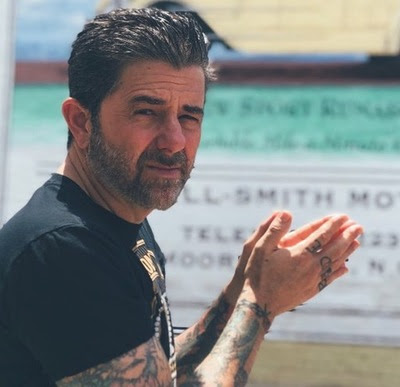 December 2022 Tour Dates   After his sold out on stage debut in Charlotte, North Carolina, former host of Headbangers Ball, and creator of the iconic  Cathouse nightclub in Hollywood Riki Rachtman will take One Foot In The Gutter on the road for five […]