Recent Posts
View / Share NECK OF THE WOODS’ “Ambivalence” At THIS LOCATION
Vancouver, British Columbia-based progressive death metal unit NECK OF THE WOODS is pleased to unveil their new lyric video for the track “Ambivalence.” Now playing at MetalSucks, the tune comes by way of the band’s The Annex Of Ire full-length, released last month on Pelagic Records.
“The feeling of ambivalence is something we deal with every day of our lives,” notes vocalist Jeff Radomsky of the song’s theme, “be it a small lingering of uncertainty or a relentless mental battle that derails your life we all experience it. This song focuses on my own indecision to exact revenge on someone who wronged me, repeating a mantra I don’t honestly believe in but felt strongly in the moment. Fuck the high road was a cathartic thing to write though it’s not a path I feel many should follow. “
Adds MetalSucks, “The unrelentingly vicious new single from the Vancouver progressive extreme metal quintet’s sophomore full-length, The Annex Of Ire, is very much like the snarling beasts that adorn the album’s cover. Listen to it, and you can practically smell a predator’s hot, stinking breath, practically feel its teeth as they dig into your flesh, perceive the sensation of your blood co-mingling with its saliva. Can you escape its jaws? Nope. Too late. You’re lunch.”
View “Ambivalence” at MetalSucks at THIS LOCATION.
Find NECK OF THE WOODS‘ previously released videos for “Vision Loser” and The Annex Of Ire‘s title track HERE.
Captured by producer/engineer Jesse Gander (Japandroids, White Lung, Brutus) at Rain City Recorders in Vancouver, the relentless seven track offering capitalizes on NECK OF THE WOODS‘ already ravaging recipe of rabid, methodical, and absorbing extreme/death-tinged metal.
The Annex Of Ire is available on CD, LP, and digital formats. Find ordering info below:
North America: http://bit.ly/notwpelagicNA
Europe: http://bit.ly/notwpelagicEU
Australia: http://bit.ly/notwpelagicAUS
Digital: http://bit.ly/notwtaoiDGTL
Additionally, the band has some limited edition mech designs available for preorder at their Bandcamp page https://neckofthewoods.bandcamp.com/merch. 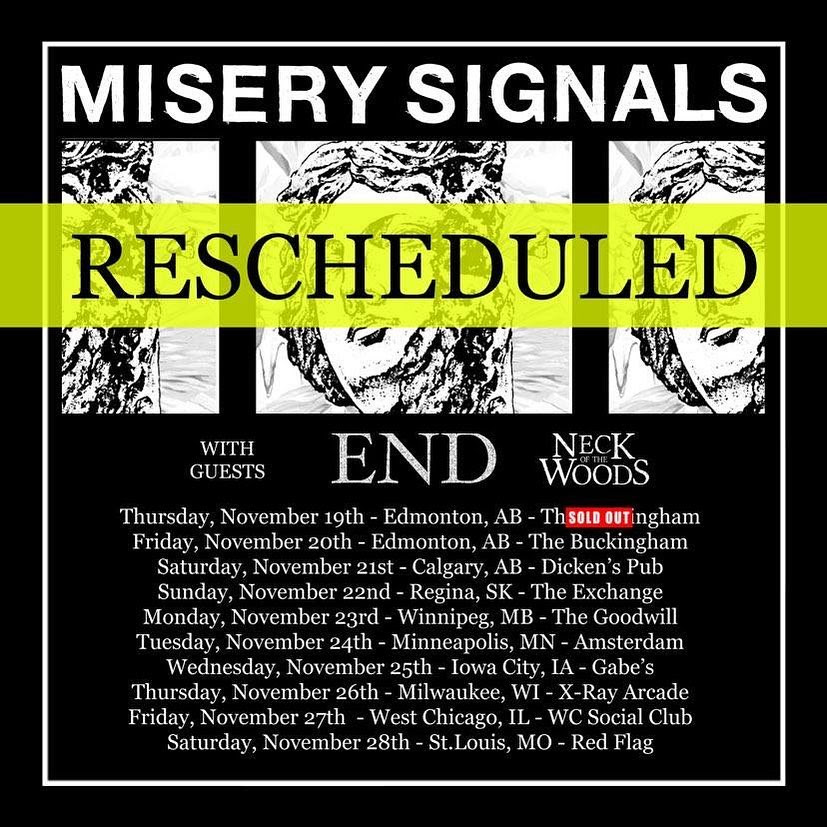 Postponed due to the current coronavirus pandemic, NECK OF THE WOODS‘ North American live dates supporting Misery Signals and End has recently been rescheduled for November. See all confirmed dates below.
NECK OF THE WOODS w/ Misery Signals, End:
11/19/2020 The Buckingham – Edmonton, AB (SOLD OUT)
11/20/2020 The Buckingham – Edmonton, AB
11/21/2020 Dickens Pub – Calgary, AB
11/22/2020 The Exchange – Regina, SK
11/23/2020 The Goodwill – Winnipeg, MN
11/24/2020 Amsterdam – Minneapolis, MN
11/25/2020 Gabe’s – Iowa City, IA
11/26/2020 X-Ray Arcade – Milwaukee, WI
11/27/2020 WC Social Club – West Chicago, IL
11/28/2020 Red Flag – St. Louis, MO
Formed in early 2014, NECK OF THE WOODS‘ exhilarating brand of progressive metal and charged live shows have quickly earned them a reputation as one of the most exciting acts to emerge from Vancouver’s metal scene.
The group’s complex and dynamic sound along with their resonating live performances helped the band quickly rise to prominence. Following the release of their self-titled EP in 2015, they took to the road making appearances at multiple Canadian festivals including both Calgary and Armstrong Metalfest. Summer 2016 saw them accompany metalcore legends Misery Signals on the Canadian leg of their 2016 tour as well as embarking on a headlining tour of Western Canada. It wasn’t long before they caught the eye of UK label Basick Records who welcomed them to their roster in Spring 2017. Their debut album, The Passenger, released in September of 2017, sparked candid debate amongst metal critics across the globe; its diverse sound defies categorization while delivering a blend of aggressive attitude, emotive expression, progressive intellect, and modern flair.
Performing in support of major touring acts has become a well-rehearsed routine for the band. From warming the stage for Converge at Sled Island Music & Arts Festival to directly supporting Every Time I Die, NECK OF THE WOODS has established themselves with a high energy performance that is not to be missed. The band spent the majority of 2018 on the road, kicking things off with a six-week North American tour that included debut performances in New York, Michigan, Illinois, and Wisconsin. Shortly thereafter, the group embarked on their first tour of the West Coast and have continued to tour regionally on a regular basis ever since.
“…it kinda sounds like if you took the proggy post-metal of Pelagic’s flagship band The Ocean and injected it with the death-y metalcore of prime-era BTBAM.” – BrooklynVegan
“Vancouver’s NECK OF THE WOODS are quickly making a huge impression in Canada’s metal scene, landing shows with some of the biggest names in metal and hardcore whenever they come through town. Their live shows put their wildly chaotic sound into a more visceral atmosphere where they can let loose while dropping blast beats, melodic death-metal riffs and brutal breakdowns.” – Alternative Press
“…an amazing progressive metal record that dips into all sorts of musical styles effortlessly. If you are looking for a record full of the unexpected, this is worth your time.” – Exclaim
“NECK OF THE WOODS is a restless band, never content to sit on the same idea for too long; in writing these songs, they’ve struck a balance between these impulses and the control with which they rein themselves in. The band gives their music freedom to explore, and in doing so, they’ve created a record brimming with life and enthusiasm.” – Invisible Oranges
“…vocalist Jeff Radomsky’s performance is a jaw-dropper – he sounds like a cross between a bear and a panther that has become an enraged Old Testament prophet.” – No Clean Singing
“This thing is all over the place in the best possible way. It runs from prog-death delivered with a hardcore intensity, to tech death wizardry, to heavy metal solos all in the course of a song.” – Toilet Ov Hell
“NECK OF THE WOODS show that being slightly progressive with a hint of metalcore and a lot of death metal can be a great thing when done right.” – Nine Circles
“The Annex Of Ire showcases a young and budding cooperative retrieving ambition and redefining themselves by remembering who they were in the first place: Progressive-minded with a metalcore heart and a tendency to form intriguing adventures…” – Sputnik Music
“One of this Vancouver band’s strengths is its ability to deliver metal that breathes enthusiasm. …NECK OF THE WOODS is part of the progressive death-metal movement, but like Between The Buried And Me, Converge, and Protest The Hero – their most obvious influences on The Annex Of Ire – several styles spill over into the margins… The influences that melt into the structure of the songs contribute to the album’s dynamism, which deserves our attention from beginning to end.” – Panm360
“…a dark new chapter of their career, and it’s a captivating one.” – Can This Even Be Called Music
“…a stellar metal record chock-full of incredible, technical riffs.” – Metal Utopia
“You could say The Annex Of Ire is a progressive death metal record just as easily as you could say it is a post-hardcore influenced prog metal album but however it is sliced the work of this quintet is undeniably modern.” – Grizzly Butts
“The mix of brutality and beauty, and the confidence with which NECK OF THE WOODS meld the two on The Annex Of Ire is a rare thing indeed.” – Angry Metal Guy
“Metalheads seeking thoughtful written guitar solos, melodic guitar chord picking, tasteful tones, mesmerizing hooks and riff progressions, hints of classic rock guitars and ground shattering drums, matched with strong metal vocals can look no further than NECK OF THE WOODS‘ new album The Annex Of Ire.” – Bloodlines
“…an aggressive, progressive, melodic metalcore punch that seems to relish in their ability to meld equal parts heavy and melody without losing the edge on either side.” – The Sleeping Village 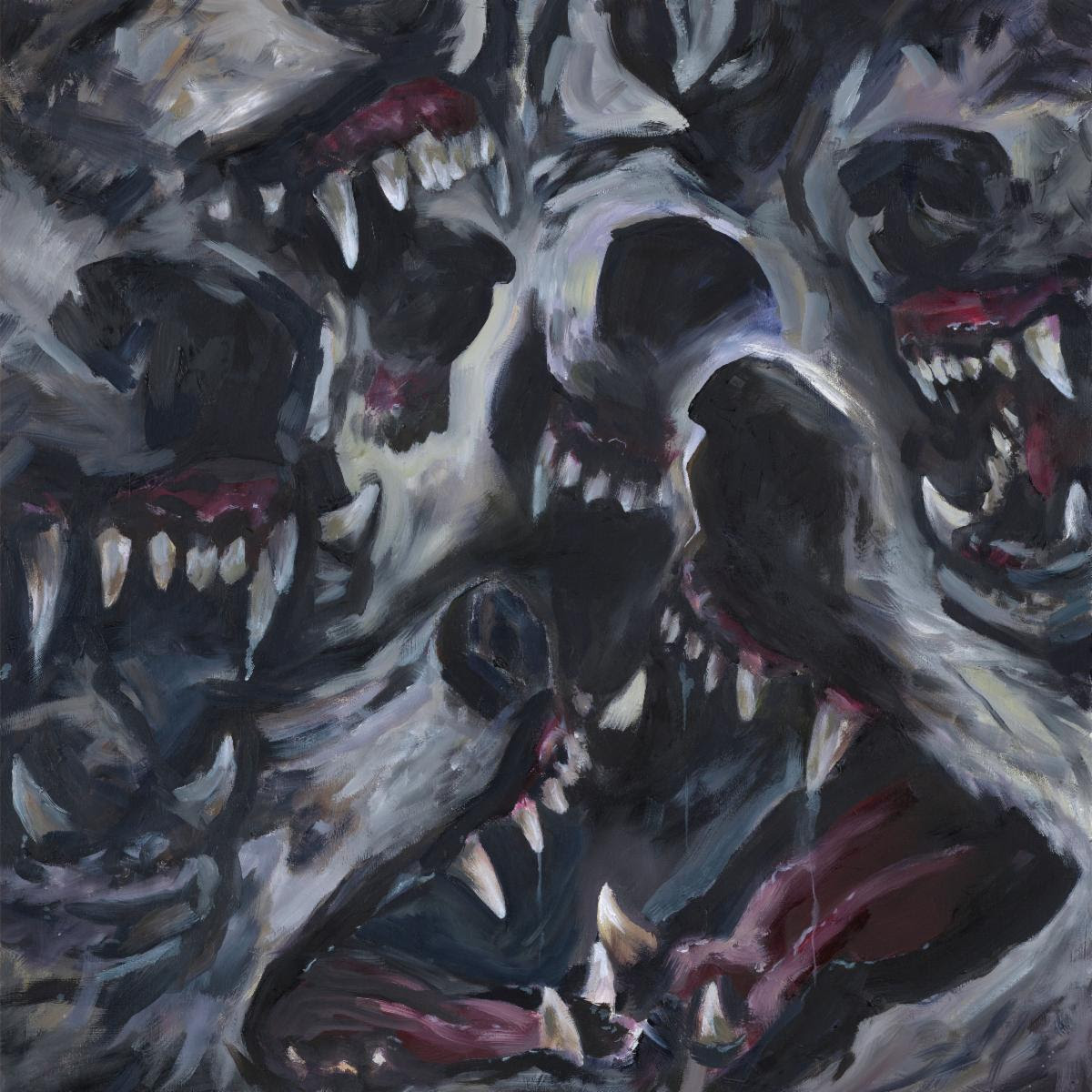