Recent Posts
Today, Johan Kihlberg’s Impera are back with their hardest album yet, Spirt of Alchemy, set for international release on April 9th via Metalville Records. Today, the second single “Lost Your Life to Rock ‘n’ Roll” is released, and shows impressively where the journey on Spirit Of Alchemy is heading. See & hear the brand-new video for Impera‘s “Lost Your Life to Rock ‘n’ Roll” HERE.

Johan Kihlberg’s Impera is the brainchild of Stockholm-born drummer Johan Kihlberg, who formed the band in 2011 after having worked in the music business for over 30 years, performing with members from legendary acts such as KISS, Thin Lizzy, Europe, Rainbow, and Mötley Crue.

Every album leading up to Spirit of Alchemy has been unique in the how Kihlberg has invited his noted friends from the international rock and metal community to add their magic to the songs. This time, the stellar musicianship comes courtesy of no less than bassist John Levén (who has been with Swedish hard rock titans Europe since its formation) and renowned drummer Snowy Shaw (who has a history with King Diamond, Mercyful Fate, and Sabaton). The soaring vocals are brought to you by powerhouse Jonny Lindkvist of Nocturnal Rites, while the stellar guitar wizardry once again is handled by Lars Chriss from Lion’s Share.

Spirit of Alchemy is an album full of focus and determination. The metal riffing in songs like the up-tempo rocker “All About You” and the guitar picking that starts off the haunting “When Souls Collide” manage to sound both classic and futuristic at the same time. Even though Johan Kihlberg’s Impera’s new effort is rooted in the harder realms of rock, Kihlberg’s lifelong passion for atmospheric movie soundtracks once again shines through in the epic finale that is “Battle.”

The band’s heaviest album to date, Spirit of Alchemy is sure to please both older and newer fans and push Johan Kihlberg’s Impera’s career to the next level. (preceding text: Carl Linnaeus)

Hear for yourself with the the brand-new video “Lost Your Life to Rock ‘n’ Roll” HERE. Also check out the previously revealed video for “All About You” HERE at Metalville Records‘ official YouTube channel. Cover and tracklisting are as follows: 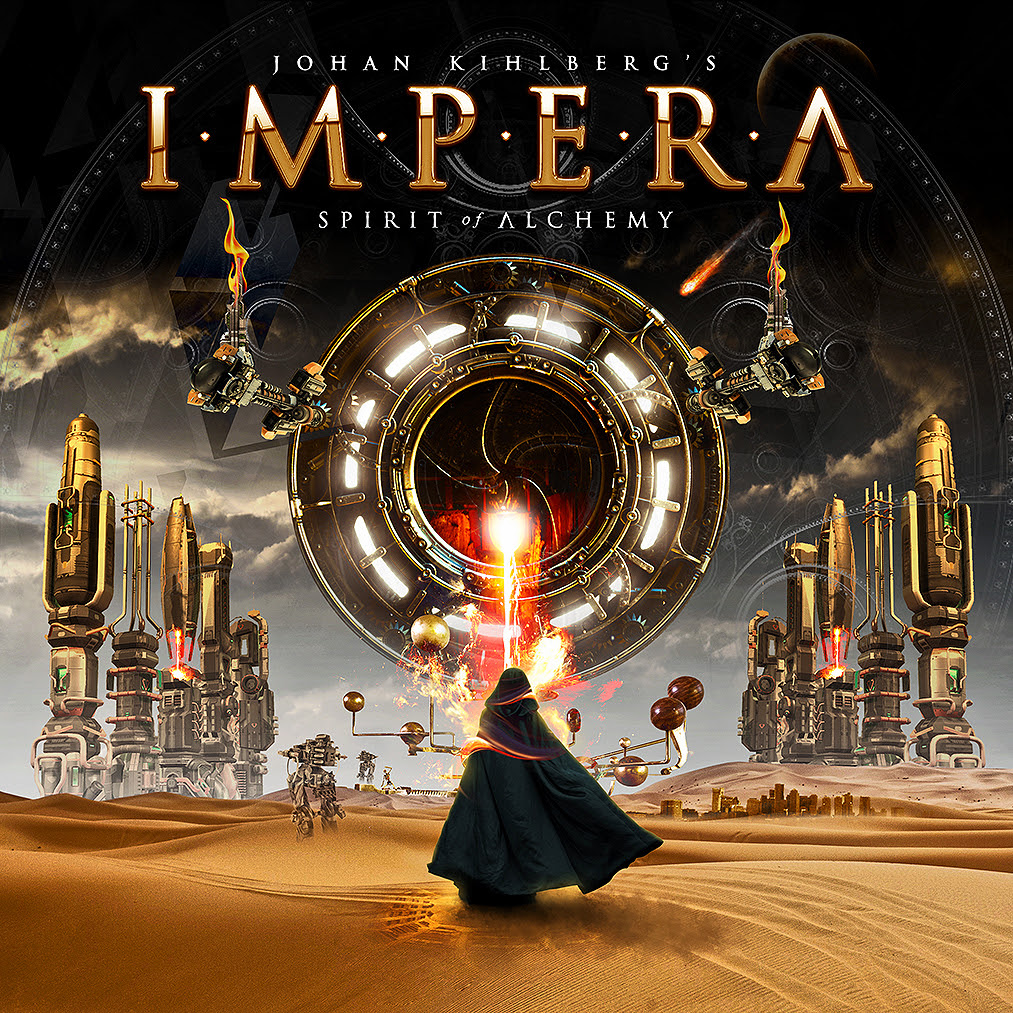 Tracklisting for Johan Kihlberg’s Impera’s Spirit of Alchemy
1. Nothing Will Last
2. Read It And Weep
3. All About You
4. When Souls Collide
5. In Heaven
6. What Will Be Will Be
7. Lost Your Life To Rock ‘n’ Roll
8. No
9. Battle

features members of EUROPE, KING DIAMOND, NOCTURNAL RITES, LION’S SHARE Johan Kihlberg’s Impera are back with their hardest album yet, Spirt of Alchemy, set for international release on April 9th via Metalville Records. And today, the third single “Nothing […]