Across The U.S. Beginning October 20

Tickets On Sale June 24 At www.DropkickMurphys.com

Dropkick Murphys have announced a new album unlike anything they’ve done to date, bringing Woody Guthrie’s words to life on This Machine Still Kills Fascists, to be released digitally and on CD September 30 via the band’s Dummy Luck Music / [PIAS], with a special edition vinyl out in November. The first single and video, “Two 6’s Upside Down,” will debut July 6. Visit https://dropkick-murphys.ffm.to/7reo1k8.OPR to pre-order the album and visit https://dropkick-murphys.ffm.to/0rakdo6.OPR to pre-save the song.

In the 10 songs that make up This Machine Still Kills Fascists, Dropkick Murphys bring Woody Guthrie’s perennial jabs at life – many of which are from the 1940s and ‘50s – into the present, with the resulting music eerily relevant to today’s world. And they’ve done it all without their usual arsenal of electric guitars. In fact, not a single amplifier was used to animate Woody’s words in these songs, but DKM harnessed all of their trademark power to bring Woody’s lyrics to life.

Dropkick Murphys founder Ken Casey explained, “The project has been a long time in the making. Nora Guthrie thought her father would’ve got a kick out of us, would’ve liked us, that we were somewhat kindred spirits so to speak, which to us was a huge honor.”

In support of this very special and powerful acoustic album, the band will launch their first-ever reserved seating theater tour. Jaime Wyatt will be the main support on the tour – as well as joining DKM on stage for the duet “Never Git Drunk No More” – and Jesse Ahern will open the shows. This Machine…Theater Tour runs from October 20 in Concord, NH through November 19 in Nashville, TN. Tickets for most shows go on sale Friday, June 24 at www.DropkickMurphys.com.

The idea for the collaboration that became This Machine Still Kills Fascists has been percolating between Woody’s daughter Nora Guthrie and the band for more than a decade, with Nora curating a collection of her father’s never-published lyrics for the band over the years. The challenge was always finding the right time to pull it together. When Dropkick Murphys co-lead vocalist Al Barr was sidelined in the latter half of 2021 – taking a leave of absence from the band to care for his ailing mother – the band was apprehensive about making a normal DKM album. The perfect time to take on the Woody project had presented itself, and the band leapt at the chance to bring more of Woody’s timeless lyrics to life with a Dropkick Murphys musical twist. The end result is This Machine Still Kills Fascists – the true fruition of like-minded rebellious artists collaborating – albeit nearly a century apart.

Nora Guthrie explained, “I collected lyrics on all kinds of topics…lyrics that seemed to be needed to be said – or screamed – today. Ken Casey is a master at understanding Woody’s lyrics, which can be complicated, long, deadly serious, or totally ridiculous. DKM is capable of delivering them all.”

DKM’s James Lynch said, “Nora gave us the privilege of going through the archives and selecting some lyrics to use. The common thread that I see through everything was this love for people and this understanding of the universal truth that there is no one person fundamentally better than another person.”

Woody Guthrie wrote songs from the heart and for the common person. He made a point of showing up when it counted most, often performing at fundraisers, benefits, and rallies to champion working class causes and condemn greed, war, and unchecked capitalism – all with his guitar in hand.

This is exactly where Woody Guthrie and Dropkick Murphys intersect. Dropkick Murphys’ entire ethos of family, community, service, and action depends upon honest reporting in their music. Like Woody, showing up in real life is what makes their songs so impactful. They just are who they say they are. Whether it’s standing up to Nazi thugs or standing with working men and women on a picket line, showing up is what holds the center in DKM’s world.

That’s no coincidence, explains Dropkick Murphys founder Ken Casey: “Woody Guthrie, he’s the original punk. He went against the grain, he fought the good fight, he spoke up and sang about his beliefs. I’m motivated by reading what he wrote and am inspired by his courage. One man and a guitar – it’s powerful stuff.”

The album title itself pays homage to the powerful message Woody Guthrie began painting on his guitars in the early 1940s, in the midst of World War II: “THIS MACHINE KILLS FASCISTS.” A man and a credo laid bare – on the face of his guitar.

This Machine Still Kills Fascists isn’t an acoustic folk departure for Dropkick Murphys – it’s a continuation of their journey with Woody Guthrie, which began nearly two decades ago when DKM covered Woody’s “Gonna Be A Blackout Tonight” on their 2003 album Blackout. The journey reached new heights a few years later when DKM founder Ken Casey discovered a few scribbled lines about Boston in the WG archive. The band painted Woody’s lyrics about their hometown into a vicious punk missive called “I’m Shipping Up To Boston,” and put the song on their 2005 album The Warrior’s Code.

Dropkick Murphys and their longtime producer Ted Hutt aptly recorded This Machine Still Kills Fascists at The Church Studio in Tulsa (just a few minutes from Woody’s birthplace, and the modern-day Woody Guthrie Center). The historic studio was founded by Leon Russell and was the original location of legendary Shelter Records. During the album sessions, Dropkick Murphys made a point to visit Woody’s hometown of Okemah and walk the same streets Woody walked. Retreating to Woody’s home state of Oklahoma to record the album had a powerful effect on the band and the creative process behind these songs. Ultimately, Dropkick Murphys had so much material based on Woody’s poignant lyrics that they recorded two albums, with Vol. 2 scheduled for release in 2023.

“We wanted to get into small town America…Tulsa, into Woody’s roots and not be doing it in New York City or Boston,” said Casey.

The first single and video, “Two 6’s Upside Down,” is a forlorn gambler’s lament, awash in love and loss, murder and punishment. Ken Casey said, “We all love how ‘Two 6’s…’ came out. We’ve actually been playing it live on tour in Europe and the crowds have been super enthusiastic about it. Plus we really love to play it live.”

Other standouts on the album include “Dig A Hole” – which features Dropkick Murphys’ full band performance wrapped around Woody’s rare Smithsonian Folkways recording, with DKM lead singer Ken Casey essentially dueting with Woody, with a special appearance by Woody’s grandson, Cole Quest, on Dobro guitar and backing vocals; “Never Git Drunk No More,” featuring a duet between Casey and alt country artist Nikki Lane; “The Last One,” with guest vocals from country roots group Turnpike Troubadours’ Evan Felker, who hails from Woody’s hometown of Okemah, and Cole Quest on Dobro; and “Ten Times More,” which was written, arranged and recorded on the spot and features a guest appearance by Dom Flemons, founding member of Carolina Chocolate Drops, on harp; he also appears on “The Last One” and “All You Fonies.”

The song listing for This Machine Still Kills Fascists is as follows:

“The Last One” (featuring Evan Felker of Turnpike Troubadours)

“Where Trouble Is At” 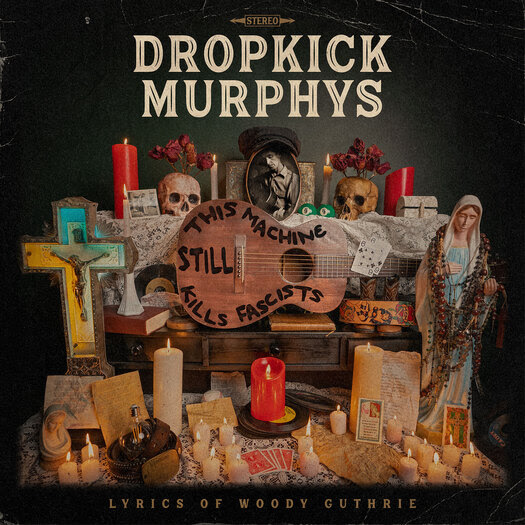 The Dropkick Murphys This Machine…Theater Tour dates are below. Dropkick Murphys will also perform at a few U.S. fairs in September and will headline the Punk In The Park festival in Orange County, CA.

For more on Dropkick Murphys, visit: 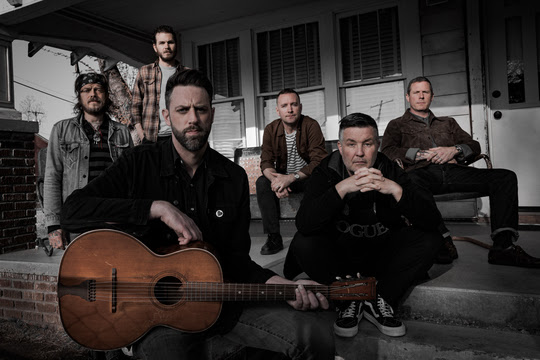 About Dropkick Murphys: Dropkick Murphys proudly remain Boston’s rock ‘n’ roll underdogs turned champions. Since 1996, the boys have created the kind of music that’s meant to be chanted at last call, in packed arenas, and during the fourth quarter, third period, or ninth inning of a comeback rally. Their celebrated discography includes four consecutive Billboard top 10 album debuts (Turn Up That Dial, 11 Short Stories Of Pain & Glory, Signed and Sealed in Blood, Going Out In Style), along with 2005’s gold-selling The Warrior’s Code, featuring the near double platinum classic “I’m Shipping Up To Boston.” Whether you caught a legendary gig at The Rathskeller (The Rat) under Kenmore Square, found the band by taking the T to Newbury Comics to cop Do Or Die in ’98, discovered them in Martin Scorsese’s Academy Award-winning The Departed, or saw ‘em throw down at Coachella (or one of hundreds of other festivals), you’ve become a part of their extended family. Dropkick Murphys’ music has generated half-a-billion streams, they’ve quietly moved 8 million-plus units worldwide and the band has sold out gigs on multiple continents. In 2020, the band was one of the first to embrace streaming performances, starting with their Streaming Up From Boston St. Patrick’s Day virtual performance. It was followed by last year’s landmark Streaming Outta Fenway livestream, which drew more than 5.9 million viewers and held the #3 spot on Pollstar’s “Top 2020 Livestreams” chart. Dropkick Murphys St. Patrick’s Day Stream 2021…Still Locked Down, was #1 on Pollstar’s Livestream chart for the week ending March 22, 2021, logging over 1 million views.