BIG SCENIC NOWHERE is the ambitious project formed by Bob Balch (Fu Manchu) and Gary Arce (Yawning Man) on guitar, Tony Reed (Mos Generator) on bass, vocals and synths and Bill Stinson (Yawning Man) on drums. The foursome is a creative force of nature, a combination of talents whom respective desert, psych, classic and progressive rock backgrounds became one to form a transcending, uplifting and finely-crafted brand of rock. This new track is described as “determined and defiant” by the band, with the foursome’s wide array of influences shining through its 5-minute.

Guitarist Gary Arce comments: “LeDü was inspired by one of my favorite bands of all time, Husker Dü, and one of my favorite Led Zeppelin songs ‘Achilles Last Stand’. I made up the riff and everyone joined in naturally, adding their own thing. One thing I really like about Big Scenic Nowhere is it’s a true collaboration of different styles and influences coming together without second thinking anything.”

Listen to BSN getting fired up on “LeDü” via Brooklyn Vegan

BIG SCENIC NOWHERE will release one song per month leading up to ‘The Long Morrow’ album release, which will additionally feature demos, outtakes and extras. All songs on ‘The Long Morrow’ come from the band’s 2019 three-day session in Joshua Tree, from which their last EP ‘Lavender Blues’ also originated. The band issued their debut album ‘Vision Beyond Horizon’ in early 2020, featuring appearances from the likes of Mario Lalli, Alain Johannes and Nick Oliveri. Following closely, the ‘Lavender Blues’ EP stabilized the four-piece lineup around Tony Reed on vocals/bass/keys, consequently shifting from the fuzzy and psych-laden desert rock of the beginnings to a more progressive and prismatic rock, enhanced by the multi-instrumentalist’s warm production style.

About new track “LeDü”, Tony Reed explains: “As with all of the material on the ‘Lavender Blues’ EP, this, and the rest of the new album we are working on now, was taken from a series of live freeform jams we did in November 2019. The song was meticulously examined and reconstructed. Even going as far as to re-record drum parts in the choruses to bring the energy up. It’s a strange way to do things, but because we don’t live near each other it’s a necessary challenge. Personally, I enjoy it. It allows me to try and control strange forces of nature. While typing out the lyrics recently, they appear to be about how the world changes and the older you get, the more it seems that what is coming next will be a disaster. I figure all people grow older and then see the world this way. I am witnessing it happening to me now.” 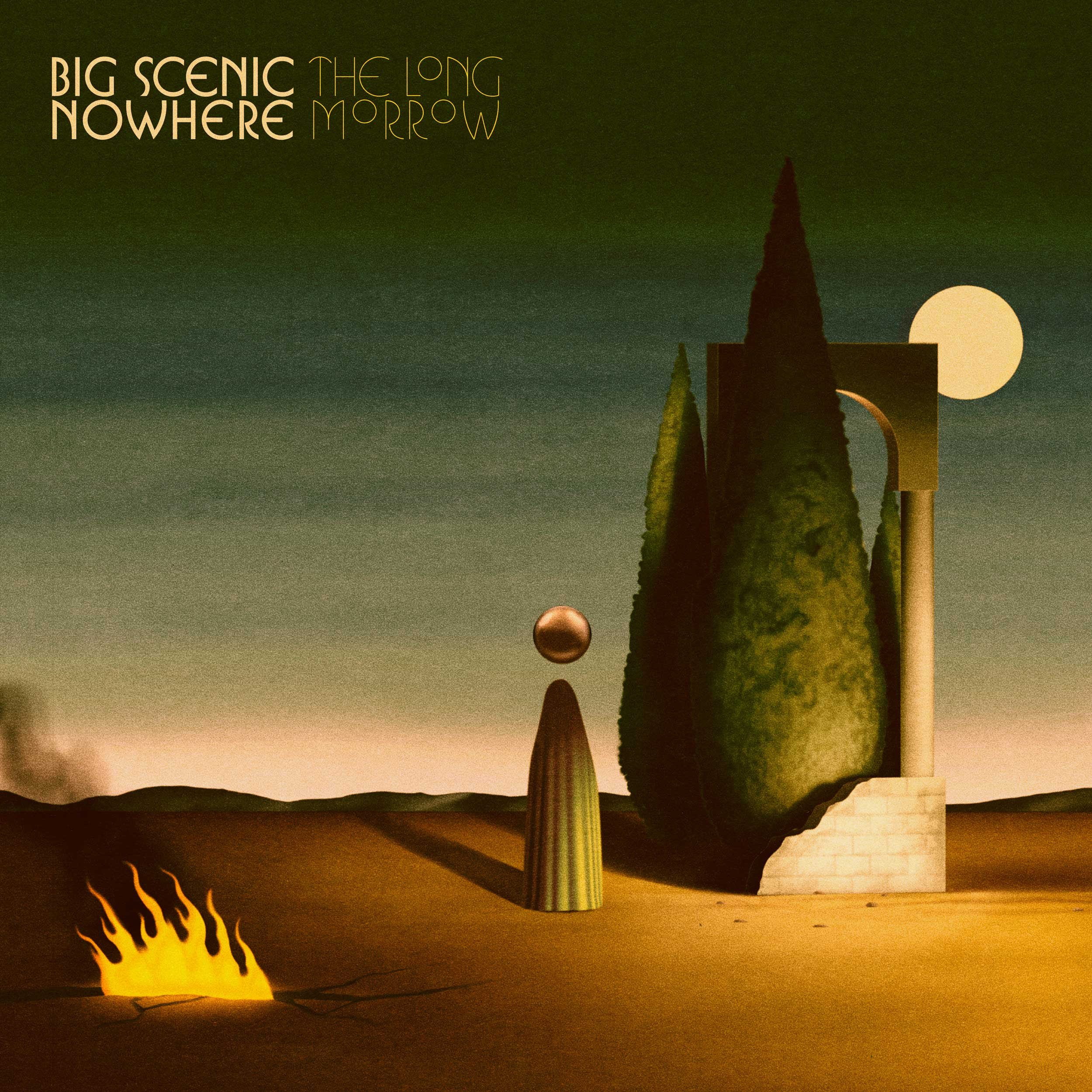 Anyone familiar with the terms “Stoner Rock” or “Desert Rock” have surely heard the names Fu Manchu or Yawning Man. If you’re a die hard fan of the genre, or a causal observer, you know that both bands have been dishing out quality material since the beginning. While stylistically different, both bands occupy legendary status. Fu Manchu’s sun-drenched, stratospheric, fuzz worship sound and Yawning Man’s ethereal, ambient delay have never been crossbred until now. It’s certainty a good time to be alive if you’re a fan of either band.

While the project would grow soon enough to encompass players like Tony Reed (Mos Generator), Mario Lalli (Fatso Jetson, Yawning Man), Per Wiberg (Spiritual Beggars, ex-Opeth), Bill Stinson (Yawning Man), Nick Oliveri (Mondo Generator, ex-Kyuss, etc.), Lisa Alley and Ian Graham (both of The Well), Alain Johannes (Them Crooked Vultures, Chris Cornell, Eleven) and Thomas V. Jäger (Monolord), Big Scenic Nowhere is founded on Balch and Arce tossing guitar riffs and leads back and forth, piecing together song parts one movement at a time. Jamming. Sharing music. Developing a chemistry to build something new based on their individual experiences. In this way, Big Scenic Nowhere is the heart of what collaboration should manifest. Something that grows stronger for the cohesion between those who make it happen. The result of this symbiosis was debut album ‘Vision Beyond Horizon’, which was released in January 2020 on label Heavy Psych Sounds, followed by the ‘Lavender Blues’ EP, released in October 2020 on Heavy Psych Sounds.